Anna Maria Darmanin explains why it is key for all citizens to be included in the eSociety.

While Europe is gradually getting to grips with the crisis it has gone through, progress may sometimes seem slow. An area in which we have been seeing fast-paced and continuous change is that of technology. In many ways, this is a good thing, but it also holds potential perils.
If I look back to just a few years ago, my time 'online' was relatively limited. Now, before me on my desk sits a PC, a laptop, an iPad and two smart phones. These days, disconnection is nearly impossible in many areas of our lives.
The rate of change and adaptation has been swift for me. Unfortunately, for many others this is not the case. Herein lies the challenge for us all. With the majority of businesses and services, including many social services, going online, it is becoming increasingly difficult to function in the modern world without eSkills.
"With the majority of businesses and services, including many social services, going online, it is becoming increasingly difficult to function in the modern world without eSkills."
This is even more pronounced in the world of work. A few years ago, an electrician needed to be able to wire buildings and repair large machinery. Now, that same electrician also needs to be able to log jobs on ticketing and work flow monitoring
systems. He or she might also need to be able to fill in human resources forms and answer emails.
The level of change has been astounding. It is almost impossible to imagine an occupation where the use of a computer is not required at some level. From running a small shop and using inventory management, to being an architect with some form of computer aided design, we all need to be computer literate. A major problem for many is that the pace of technological advancement has been relentless in recent years, and it continues to accelerate. This means that being eSkilled is largely about ongoing personal education. We must take it upon ourselves to learn about how and why things work, if only for the challenge of finding out. Without that personal action, the world might just leave people behind.
In a few years' time, being computer illiterate will mean being unemployed and virtually unemployable. However, eInclusion involves more than access. It includes being online, knowing how to effectively and efficiently use the hardware at hand, as well as being trained to use such hardware and being part of the eSociety.
This is why the European commission's eSkills initiatives are so important. If we were to leave this to market forces, we would inevitably be heading for a social disaster. There would once again be a massive gap between those who are eSkilled and those who are not.
Great efforts and progress have been made over the last few years, but we still need to ensure that the literacy gap is diminished. Some citizens remain on the fringes of the eSkilling world. Those most affected include the elderly, low income earners, the educationally disadvantaged, disabled people and minorities. It is here that we should keep on ensuring that no one is left by the wayside in this fast changing world, and that everyone is truly included. 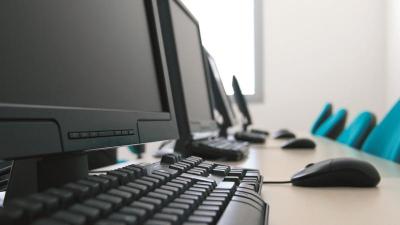